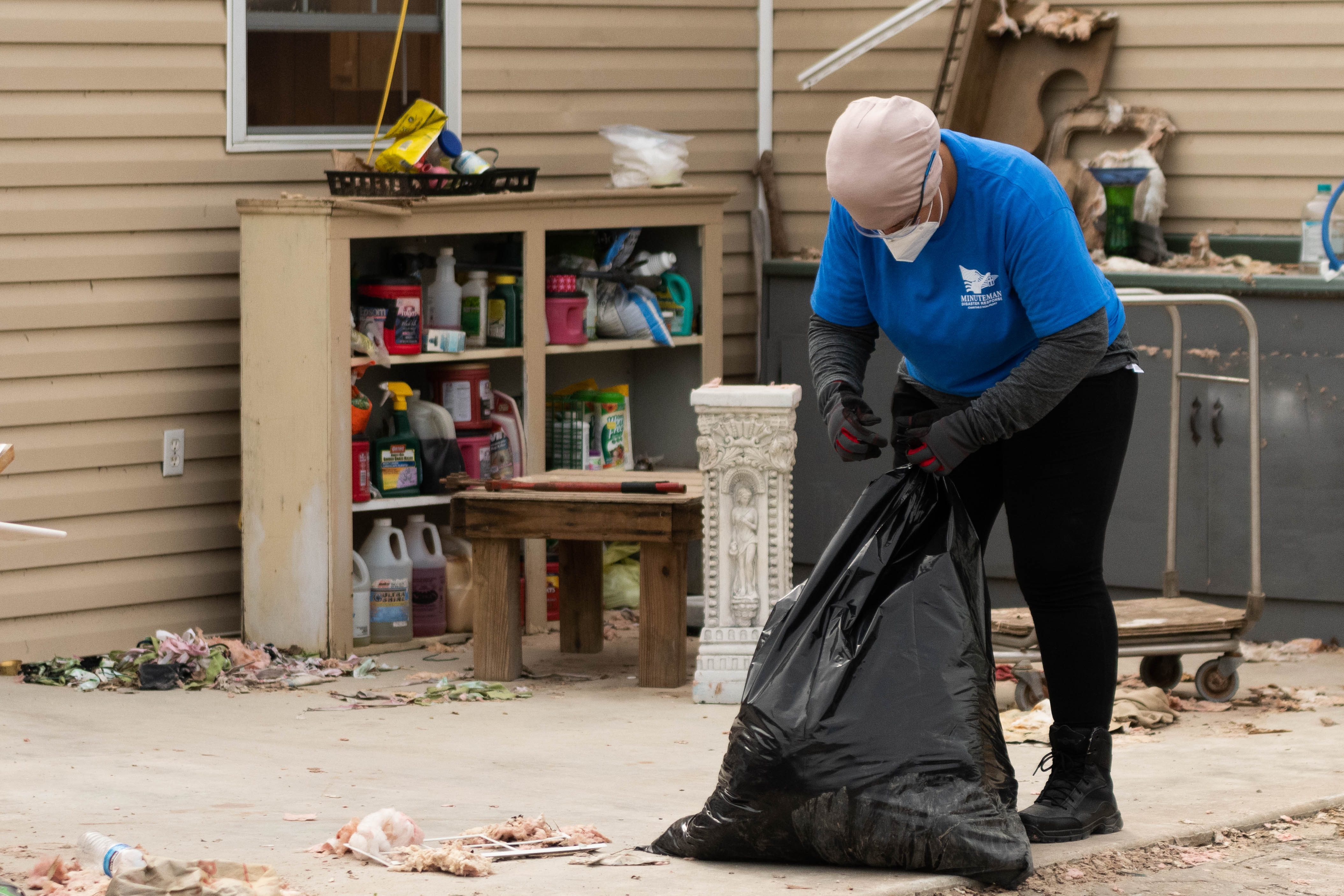 Late on October 9, 2020, Category 2 Hurricane Delta made landfall in southwest Louisiana, bringing winds up to 100 mph with life-threatening storm surge warnings as it moved northeast through the state. Moss Bluff, LA, located about 6 miles north of Lake Charles, was one of the many communities directly in the storm’s path. Most of these communities were still in shambles from Hurricane Laura, which made landfall as a category 4 storm, just 6 weeks prior. According to BBC, when Delta hit, there were still 6,000 people who were living in temporary accommodations after their homes were destroyed by Laura.

Delta was downgraded to a tropical depression as it moved directly over Lake Charles, but the storm still managed to cut power to more than 546,000 Louisiana homes and businesses—which is about 25% of all customers in the state, according to NPR. Although the winds weren’t as severe as the previous hurricane, Delta dropped nearly a foot and a half of rain in less than 12 hours, causing major flooding in southwest Louisiana.

Before cleanup efforts could begin, Minuteman Disaster Response's (MDR) Rapid Response and Flood and Swift Water Team (FAST) were on-site directly following the storm's landfall.  The FAST team, consisting of 4 certified rescue operators, conducted damage assessments from their Mercury 14′ rescue boats and searched for any residents who had been stranded due to the flooding.

The Relief team was an essential part of the clean-up and recovery in Lake Charles after Laura, having worked 5,289 man-hours over the course of 27 days. Only a few weeks after they had completed their deployment in Lake Charles, the team didn’t skip a beat and showed up in Moss Bluff in response to Delta. MDR volunteer, Jonathan Spinks, 58, described the damage there as “more severe than you could imagine.” This was Spinks’s first deployment with Minuteman, serving 2 weekends of response in Moss Bluff.
The team of volunteers immediately set up camp and began cleaning up homes in the area, many of which had not yet recovered from Laura’s winds, and were now suffering from major flooding from Delta.

Spinks recalls a conversation he had with one woman he met during the deployment, whose story stuck with him. This elderly woman lived by herself, walked with a walker, and was in bad health. Clearing companies had given her bids of approximately $14,000 to clean up her yard and home from the damage, which she was unable to afford, and her insurance was only going to cover the damage by the trees directly on top of her home. She was left with no other options.

“It was an absolute disaster, with front and back yards full of downed trees in this once beautiful old neighborhood,” Spinks said. “Now it looked like a war zone of disaster. Streets were lined with trash and debris from the hurricane.”

Minuteman got word of her situation, and volunteers, including Spinks, immediately stepped in and cleared the damage in her yard and home, of course, free of charge.
The lady told Spinks that she had been going to the church down the street for 72 years, the same one her parents attended while they were alive.

“The whole time I’ve attended that church, I’ve always wondered when my time would come, when I would receive my blessing from God,” Spinks said, quoting the woman. “Because you guys have come today to clean up my yard, now I know that my time has finally come.”

The MDR team was made up of 31 volunteers of all ages, serving 1,560 man-hours over the course of 13 days.  Spinks, like many Minuteman volunteers, said he volunteers to serve people who are hurting and broken from natural disasters.

“This is what real Christianity looks like,” Spinks said. “Sacrificing our valuable time for others.”