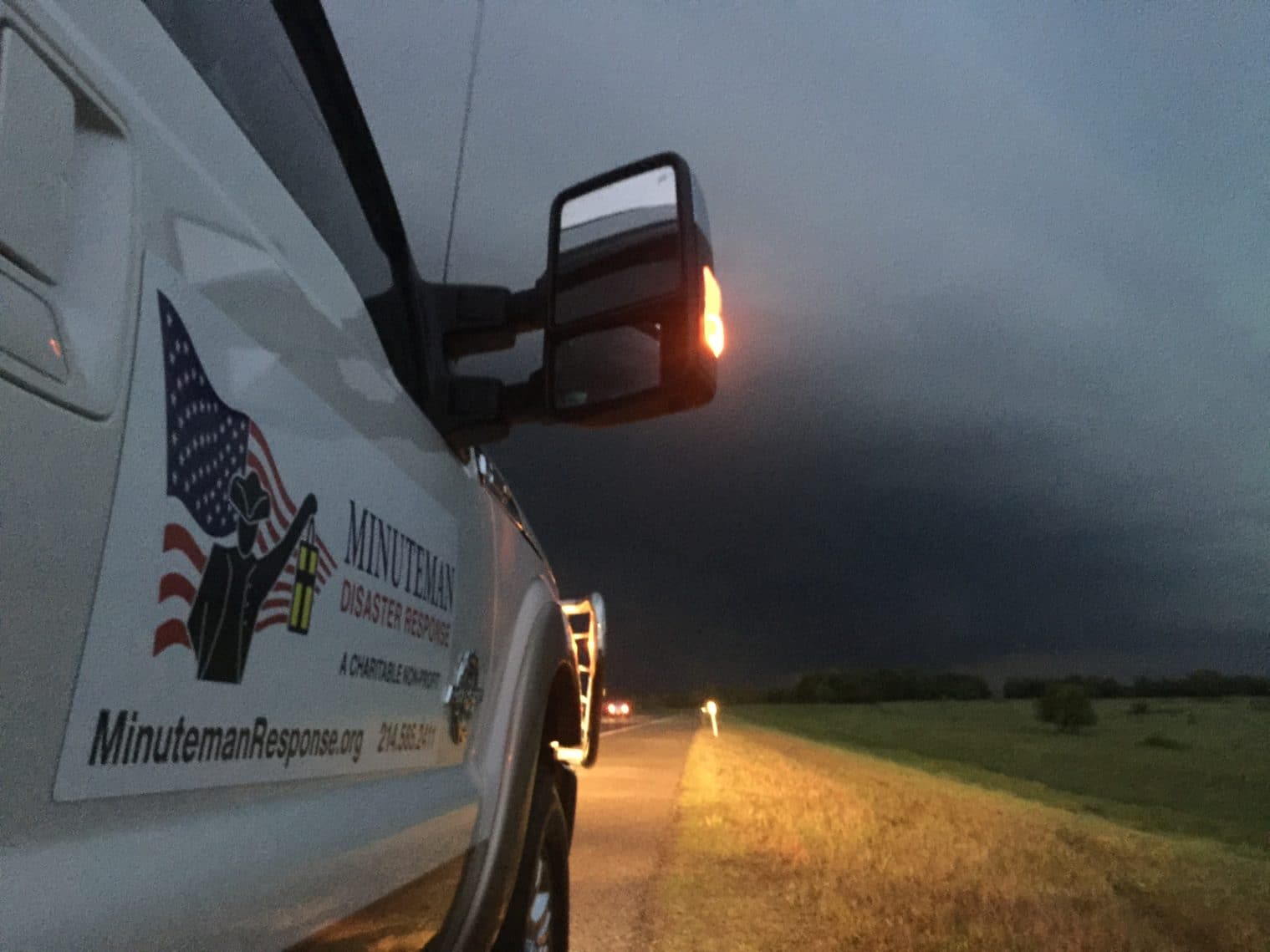 Bridge Creek, OK, had only been incorporated as a town for 15 years when it was ravaged by an EF-4 tornado in May 2015.  Numerous homes were either completely destroyed or heavily damaged in the town, with a population of only 340.

“A lot of mobile homes were impacted,” said Steve Yates, Minuteman volunteer.  “Most of those were a complete loss.”

Yates and his crew had been tracking the storm to ensure that they were on the ground as soon as they were needed.  In route, they had near run-ins with three different tornadoes as they dove head-first into the area that was devastated by the storm.

“We want to be sure that we are available to help right after the disaster strikes,” he said.  That particular tornado destroyed more than 1,000 homes in Bridge Creek and nearby communities.

“Being there first to respond and having trained experts in the disaster area, that's what makes it all worth it,” he said.  “We know that they are better off with us there, so that's where we need to be.”