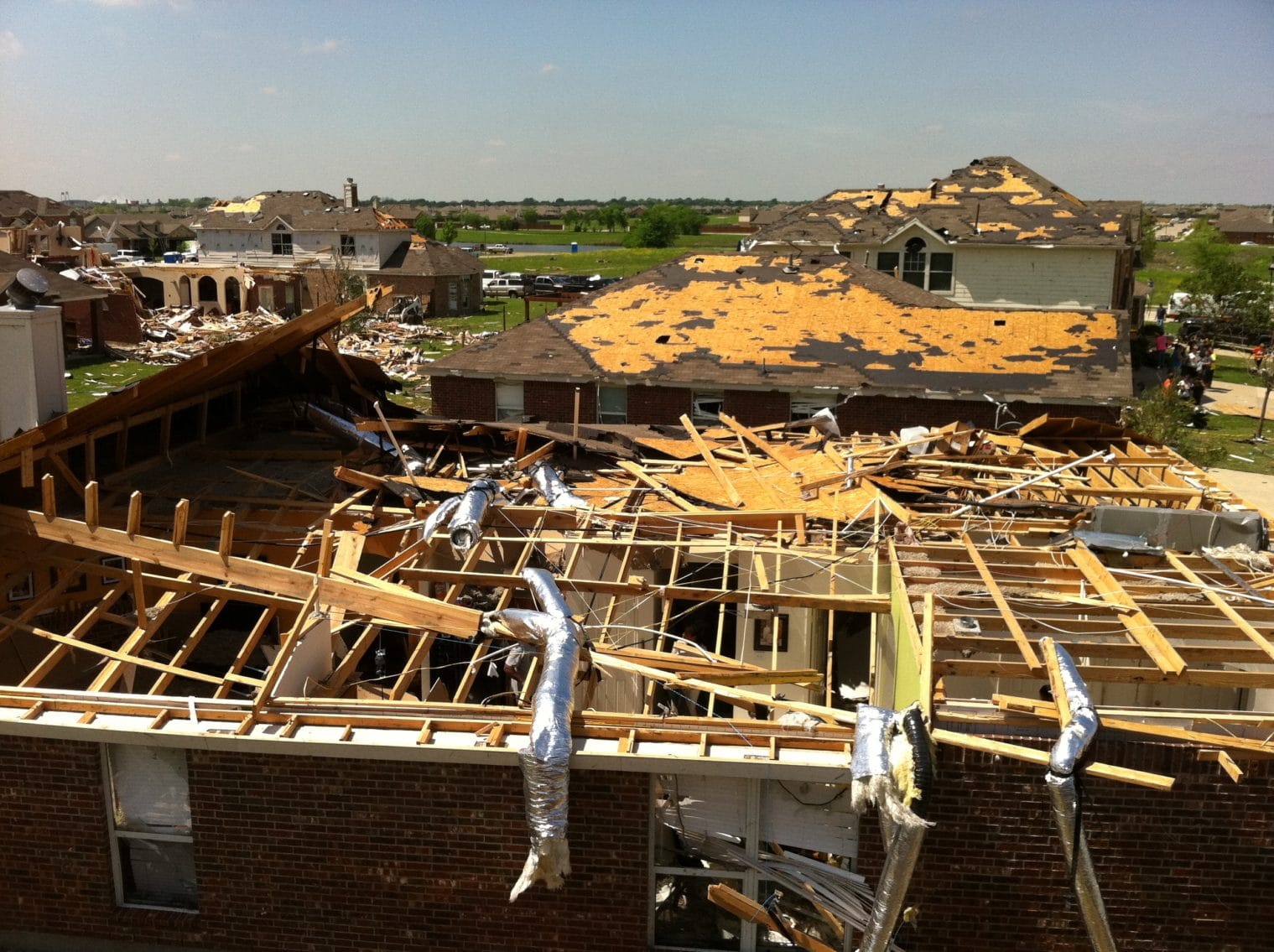 An outbreak of several tornadoes slammed into Ellis and Dallas counties in April 2012.  The strongest of the twisters was an EF3 that crashed into Forney, TX, injuring seven people and causing $400 million in damage.

“There were a lot of volunteers, but we were the ones best equipped with the tools to help homeowners patch up their rooftops,” said Paul Pogue, Minuteman Disaster Response founder.  “That was our priority since there was more rain coming.”

Pogue said this disaster felt especially personal since it was so close to Minuteman headquarters in McKinney, only about a one-hour drive away.

Besides patching up roofs and covering them with tarps, Minuteman volunteers focused on cleaning up yards and getting the debris in people's property out to the curb so that it could be removed.

“We got a tremendous response of gratitude from the victims,” Pogue said.  “It's an emotional time for them, so our presence lets them know that other people care and helps give them some comfort.”