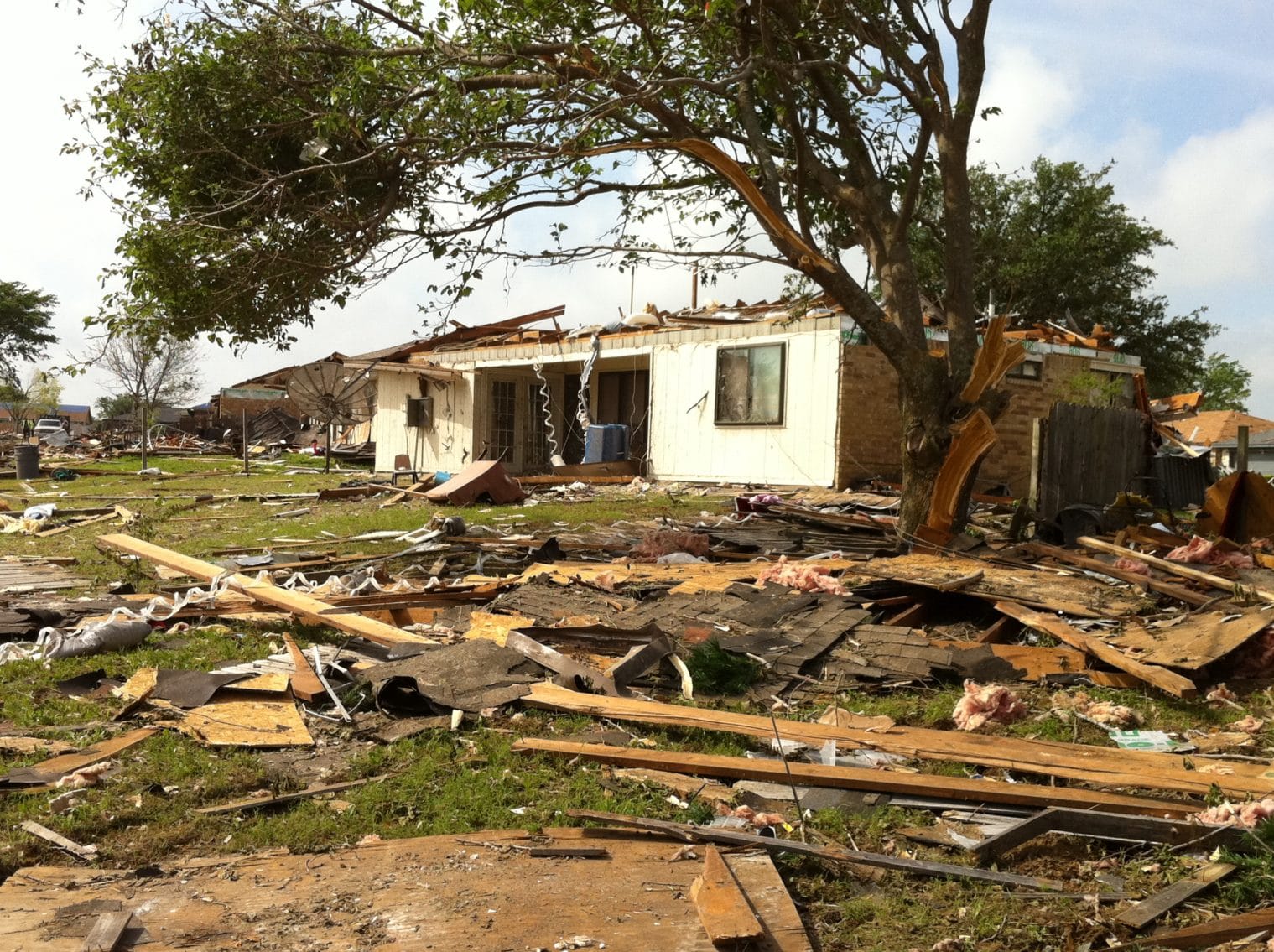 In April 2012, an EF2 tornado struck the Dallas suburb of Lancaster, TX. The winds injured fifteen people who were taking shelter in a pavilion that collapsed in Paradise Park.

Minuteman Disaster Response immediately set up their trailer, which functioned as a secondary command post in one neighborhood.

“We helped to bandage some wounds and offer some emergency first aid for people who were injured in the aftermath,” said Brian Ballard Minuteman volunteer.

The volunteers used the Minuteman all-terrain vehicle to travel across the neighborhood to complete damage assessment paperwork for homeowners and take pictures.  This assessment would later be used by FEMA to help the government determine how to allocate resources.

“Another thing we did was try to maintain public safety and help manage volunteers,” Ballard said.  “Untrained volunteers often show up to help, and they need guidance in terms of safety and how to be most productive.”