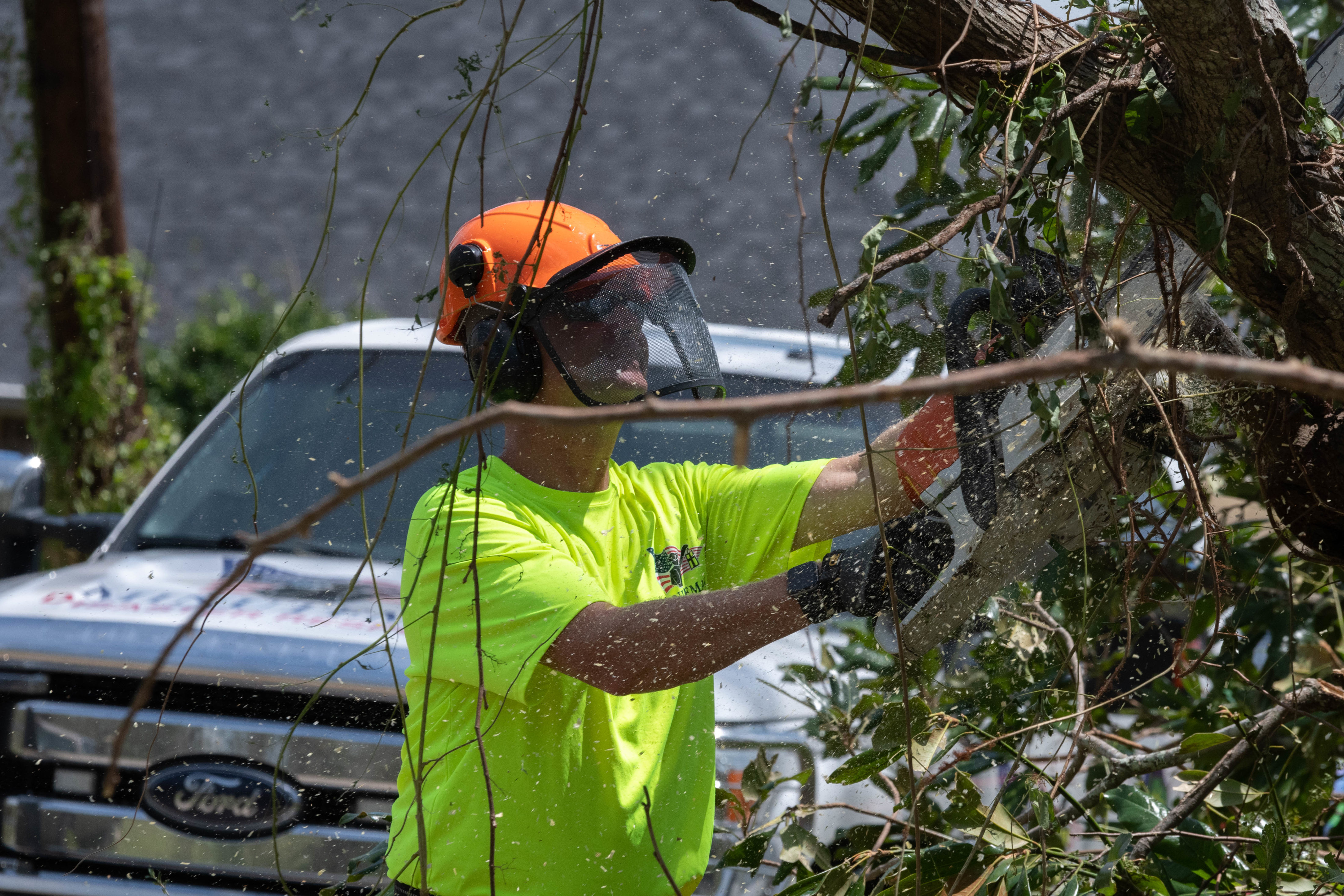 A first hand account from a Rapid Response Member in Lake Charles, LA.

“We were assigned to Chambers County and showed up early for our assignment. We were told that they had ‘dodged a bullet' and were released. We could have headed home knowing that our duty had been fulfilled. Instead, we headed east toward people who might need us. We went through several other Texas towns and determined that while there was some damage, we should keep looking for the severe situations that really needed our help.”

“All the maps showed that I-10 was closed at the Louisiana border. We went anyway and got through. (There was very little traffic eastbound.) When we got to Lake Charles, we knew we were in the right place. Imagine a 30 mile wide EF-2 tornado that stayed in place for an hour. Destruction was everywhere. Almost every electric line and tree was down or damaged. Essentially every structure had damage. People were dazed and had no idea what was coming next.”

“In every other deployment, the next step is clear: find the Incident Command post and get your assignment. However, this was our second great challenge. We spent an hour tracking down emergency personnel only to find out that there was no centralized command. As we were told, ‘You’re on your own.'”

“Again, we didn’t accept an easy way out. We kept pushing for information and found out that the small community of Moss Bluff a few miles north had been hit hard and didn’t have many resources. It took almost an hour to travel those 10 miles because of downed trees, damage, and electric wires. Same story when we got there-no command post to marshal resources. Over the next hour I spoke to a sheriff, a lieutenant, 3 local police officers, 2 state police officers, a county official, and a FEMA representative-and no clear cut command. I’m not blaming these individuals or groups; I’ve never been in their shoes. But our persistence paid off and we finally got ‘authorization' to deploy in Moss Bluff, base at a local church, and ‘do what you do best.' Fortunately, they gave this authority to the right organization.”

“Two terrible sets of circumstances: a Category 4 hurricane and a disorganized relief structure. But our persistence now means we will make a difference in the lives of Moss Bluff residents.” – MDR Rapid Response Team Member

If you would like to support MDR and their response to Hurricane Laura, you can DONATE or VOLUNTEER.