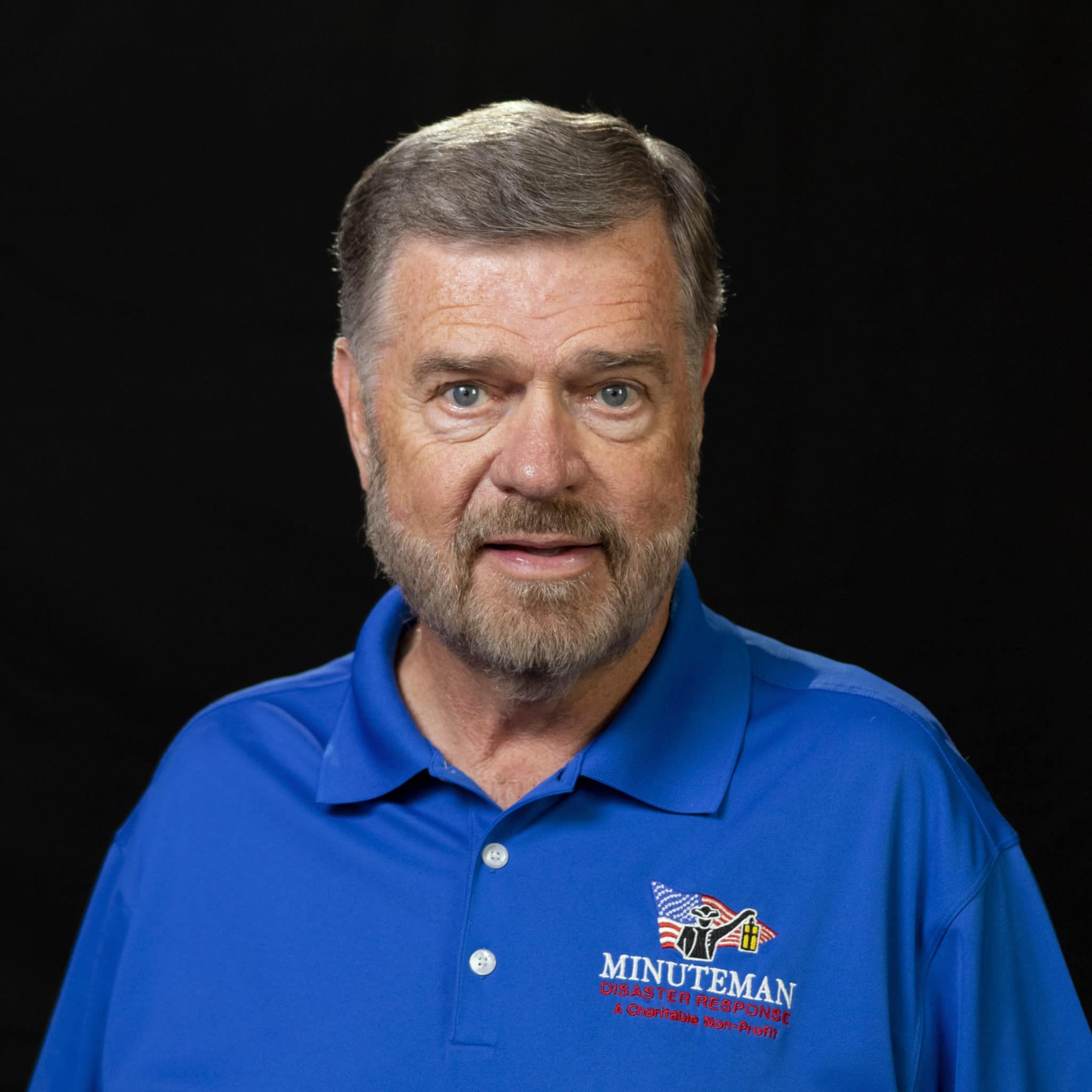 Founding Member – Paul is a founder of Minuteman, and has remained a highly active member since its inception. While delivering donated goods to Joplin following the 2011 tornado there, he was moved by the struggles suffered by victims and the high demands encountered by first responders. He recognized there was room for prepared volunteers to help in the immediate hours following such disasters.

He has seen the dreams of Minuteman fulfilled and exceeded, witnessing strong growth in the team’s membership and breadth of capabilities. Asked why other people should participate with Minuteman, his reply is simple and direct:

“It is very rewarding to help those in need.”

That’s the core of the opportunity Minuteman presents and provides.

Paul has been involved in Missions ministry for 40 years. He also started a commercial construction company that is 40-years strong, and now run by one of his sons. He sees the parallel successes of those endeavors as no mere coincidence.

Paul is blessed by his vivacious wife, Judy, and plenty of grandchildren.