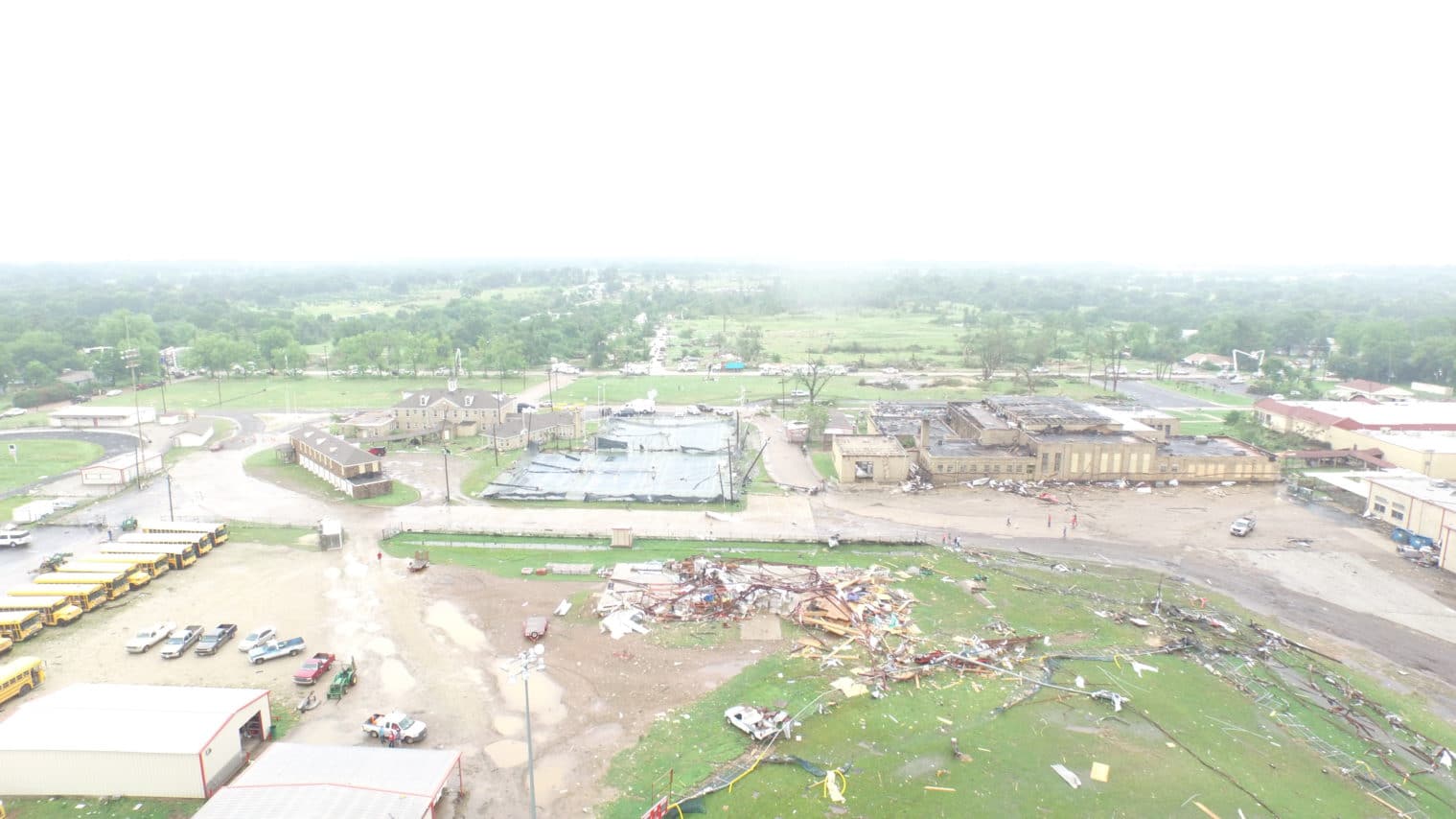 Between May 15-17 in 2015, a whopping 26 tornadoes were confirmed in the Texas, Oklahoma, and Louisiana area.  One of those hit the small town of Van, TX.  It injured 46 people and killed an elderly couple, who was found still holding their dogs several blocks away.

Scott Everett, a first-time volunteer with Minuteman Disaster Response, arrived with the other volunteers at 10 p.m., just a few hours after the storm hit.

“It was pretty chaotic,” he said.  “Everything was being put in place for the following day.  We finally received an assignment in the morning and started doing search and rescue.”

In 2015, Minuteman Disaster Response focused solely on search and rescue.  But shortly after the experience they had in Van, TX, they decided to begin developing relief efforts as well.

“When we came home, we felt like there was so much more to be done, in terms of cleaning up debris and helping people back on their feet, so we started discussions to develop infrastructure for it.”