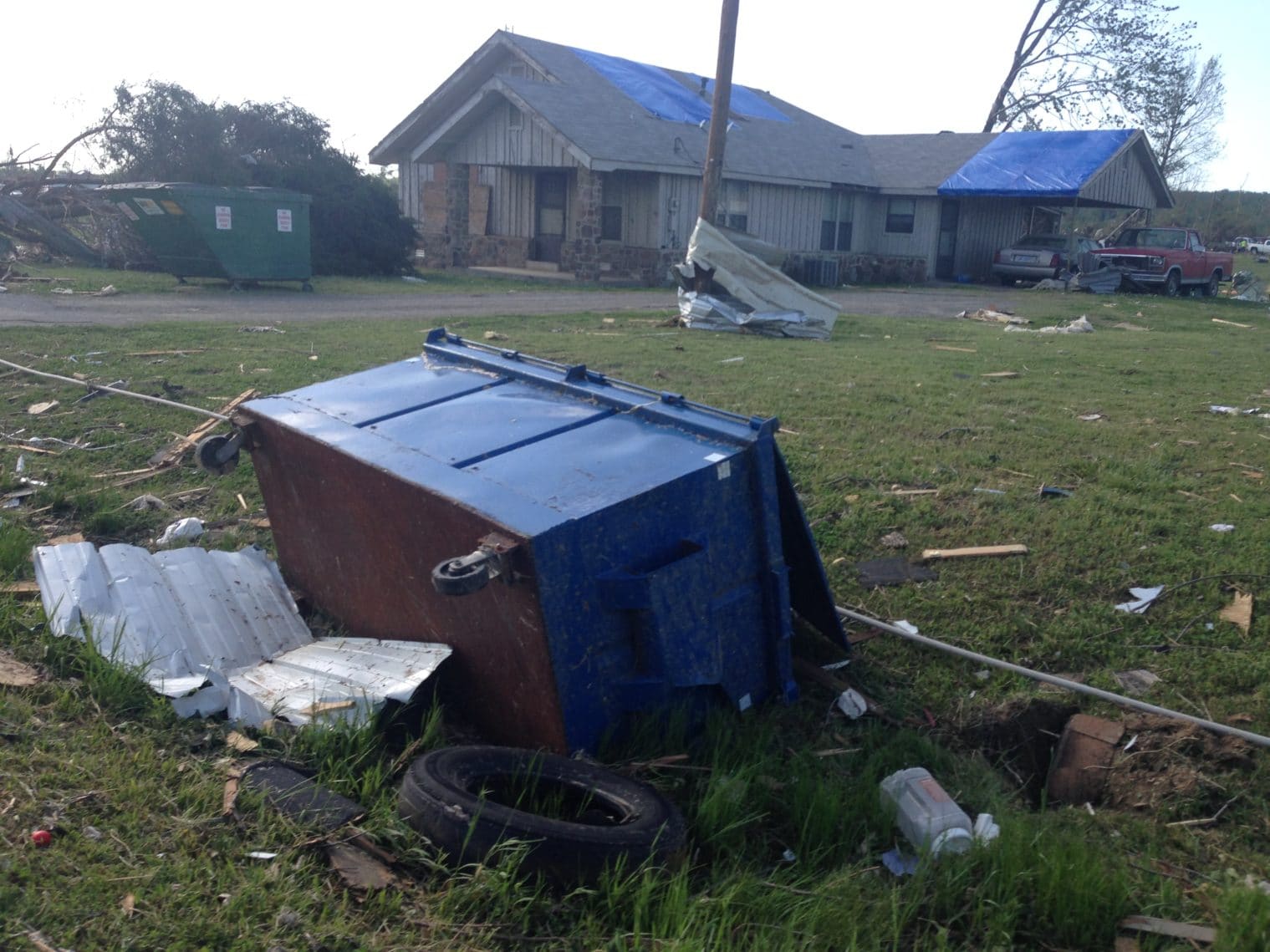 One NBC news chaser said Vilonia, AR looked like it had been hit by an atomic bomb when it was struck by a twister in April 2014.  Eighteen people were killed, and at least 150 homes were destroyed in this town of 4,000 people.

Gary Anderson, a volunteer from McKinney, Texas, said, “Minuteman Disaster Response was one of the first organizations to get in there and start helping.”

“At first, there was no water and no power.  Telephones were not working because the towers were down,” Anderson said.  “It was chaos.”  Adding that one of the things he did was help an insurance worker dig through the rubble to find important documents.

The man just looked at him with tears in his eyes and said he didn't know what he would've done without them.

“We didn't just help these people get things done,” Anderson said.  “We helped them emotionally.  We were there to listen to them and let them know that our only motive is to help.  They were so appreciative.”