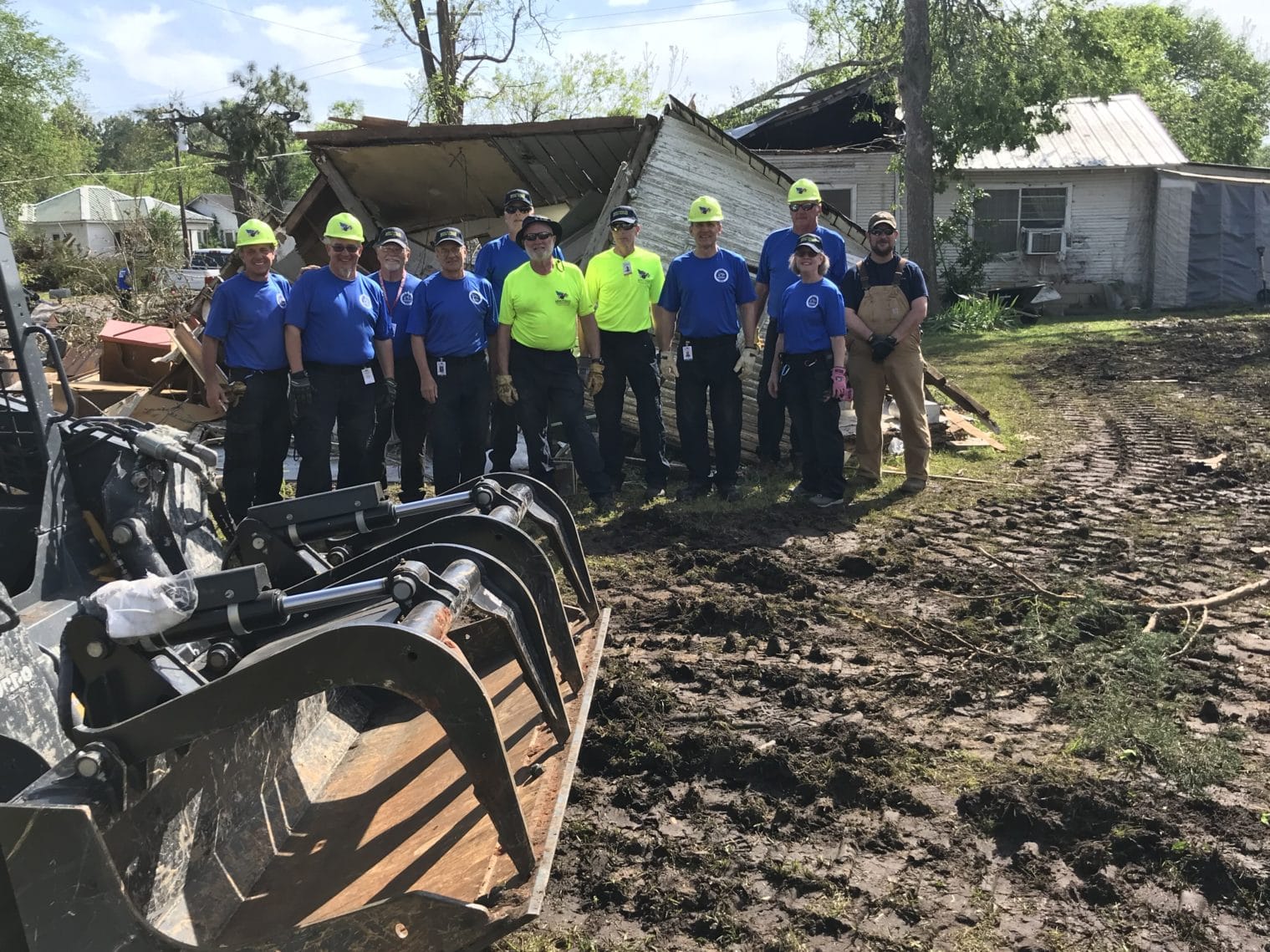 In a time span of 40 hours, beginning April 13, 2019, 71 tornadoes touched down across the eastern United States.  The most significant event of the outbreak happened in Alto, Texas, where two tornadoes, an EF2 and an EF3, crossed paths and resulted in two deaths.

Minuteman's Rapid Response team was tracking the storm, allowing them to be among the first on-site.  The team immediately began clearing storm debris from roads to allow first responders access for search and rescue operations.

Kevin Mechler, Deputy Director of Relief Operations for Minuteman Disaster Response, was impressed how the community of Alto came together to support each other and pay respect to the two lives that were lost.  Mechler said, “It's amazing what the human spirit is capable of overcoming when we are not overcome by the events at hand.”

“When disaster strikes and families are overwhelmed, we come in as trained professionals to provide guidance, manpower, and equipment. We work side by side with the victims in the cleanup process, relieving some pressure that allows them to move forward  one step at a time.”