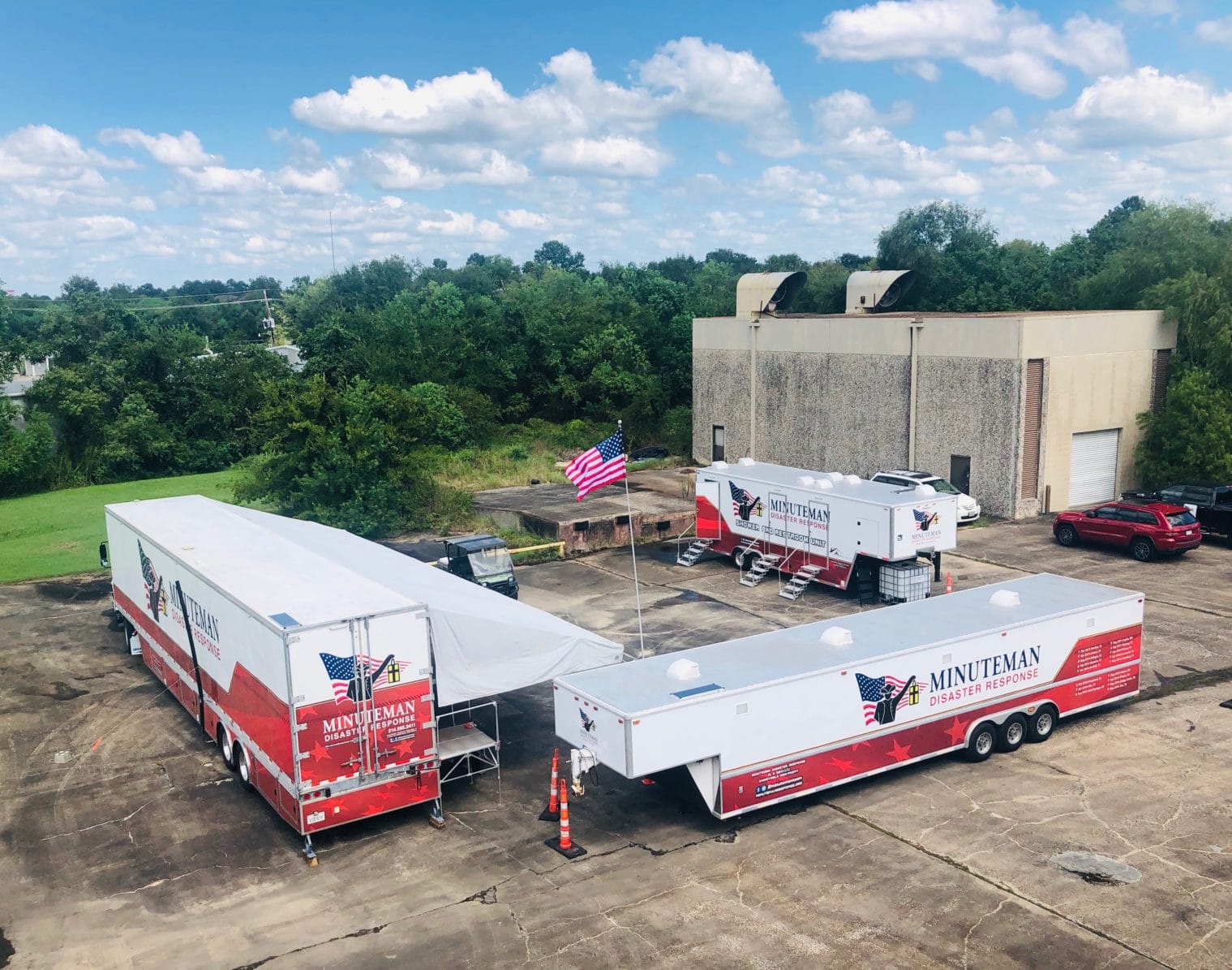 In September of 2019, Tropical Storm Imelda made landfall along the coast of southeast Texas.  As the fifth-wettest tropical cyclone on record in the continental United States, it caused devastating and record-breaking floods.  It brought with it heavy rain and dangerous flooding to parts of southeastern Texas.  As its progress gradually slowed over land, these areas became overwhelmed by the rainfall, with some areas experiencing over 43 inches of rain.

Minuteman Disaster Response established a self-sufficient base camp in Beaumont, TX, to coordinate the volunteers involved in their relief work after the storm.

During the deployment, Eric Burkes, Director of Operations, said, “In the short time we have been here, we have assisted more than a dozen families to complete the muck-out process.  Our team has removed countless wheelbarrow loads of wet flooring, drywall, and personal belongings to allow the drying out process to begin.”